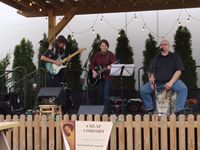 Center of the Universe, Ashland, VA

Cheap Comfort will be rocking the COTU! 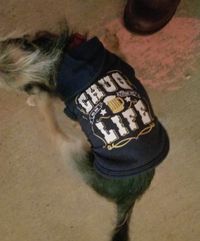 I'll be back in Montross playing solo! 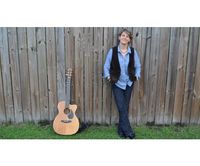 A mix of a ballad and hell fire and brimstone - that's what I like to call my music. A little alternative pop with some rootsy southerness built right in.  I've played in many groups and incarnations - the Orderlies, Dirty Blonde, Endymion, Emma Hern and the Offenders, Chris Yurchuck,  and, of course, solo.  My Latest project incorporates two of my dear friends in our band, "CHEAP COMFORT" - Rene Carillo on Cajon and Chris Markunas on anything with strings, really. We are honing in on a good roots rock sound that's all on its own.

It all started in the early 80's... 1982: Little Amy, a somewhat out-of- place seventh grader, would run to her room after school, change out of her Woodward Academy uniform dress into her favorite Izod and striped jeans. She would immediately pick up her Dad's baritone ukulele, get out the huge Fleetwood Mac Anthology music book and strum away. ("I'm So Afraid" sounds almost humorous when played on a Ukulele). I would soon write my first song, "Stop Hurting Me!" a hateful song towards the evil 8th grade girl who stole my boyfriend of 3 whole weeks! 1984: We move from Atlanta to Gainesville, GA. Kept playing the Uke. I continued going to Camp Glisson on Dahlonega, GA., where I learned to play some camp songs on guitar rather than ukulele. "Leaving on a Jet Plane" was the first guitar song I learned. 1988: Got money to buy my first guitar for High School graduation. Bought it with Bro Dave at the "Used Cars and Guitars" store on Buford highway. Also, been playing harmonica - realized it was the only instrument I could play that older brother David could not, so worked extra hard on it! 1989: Played my first gig at Al's Pump House in Greenville, SC. A student at Furman University, I miserably failed the Calculus test I had the following morning! 1992: Graduated from Furman - member of the acoustic duo and then trio "Stonewashed Tapestry." Moved back to Atlanta after graduation - waited tables during the day, played out at night. Fun and dangerous. 1996: Moved to Richmond, VA - taught history/ played guitar at night. Member of Down-to Earth (Cy Taggert, John Walls) 1998: Moved to Boston - went to grad-school at Providence College. Studied History and if you ask me a year, I can tell you who was president. Didn't play much - realize now what a wasted opportunity! 1999: Back to Richmond - began playing in earnest! now, or never.. Member of Superblue,. Finished recording Superblue CD! (John Walls, Brian Temple, Buzz, Fej) 2002-3: Began playing out of town - Atlanta, New York, DC, VA Beach, etc. Member of Sub Bourbon, Division Street, Orphan's Torch (Mike Labeau, John Leedes, Chris Schup, John Vondra) 2003: Released "Back Down" Recorded at Sound of Music Studios, Richmond VA under the watchful ear of John Morand. Buy it, its good. (Chris Schup, John Vondra, Dave Henderson) Played with the Orderlies - Rad Burt, John Priestly - focusing on tight harmonies and intriguing originals. In 2007 we released "Beautiful You" with the Orderlies. Beautiful album. 2008 - started playing bass for Kristin Ford Band. I enjoy playing bass. 2009 - formed the hard rocking all girl cover band "Dirty Blonde" with buddies Suzi Weaver and Chris Schup. Played to sold out stadiums everywhere. 2010 -  Hosted Open Mic at Shenanigan's in Richmond and playing with a lot of the performers. Also, playing harp a lot more and serving as studio musician with several bands.